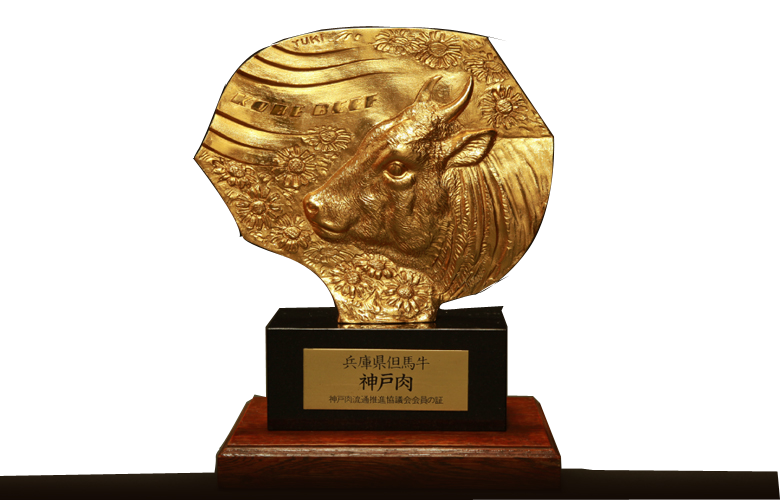 On old custom, the official name was “Kobe niku”, generally, it’s called “Kobe gyu” too.
The brand name of the beef it’s possible to use instead of a name of “Tajima beef TAJIMAGYU” in a case by which the dressed carcass which comes off the “Tajima beef” produced in Hyogo prefecture satisfied the fixed standard. It’s made 1 of Japanese three great Japanese Cattle. A “wild chrysanthemum”, the flower in Hyogo prefecture, shaped seal is stamped as evidence of Kobe meat. Except Japan, it is famous centering on Europe and America as “Kobe beef”. The quality of meat screening standard of Kobe beef is very strict and Kobe beef is recognized as quite high quality at foreign countries as well as in Japan. And “Kobe beef” is praised as one of the limited luxury ingredients in particular in Europe and USA. “Kobe beef has fine streaks of fat which is mixed with the muscle fiber and becomes “”Shimofuri marbled beef””, and it’s the feature of Kobe beef. The melting point of the fat of Kobe beef is low compared with other Japanese cattle, and it’s melt only with human body temperature. It’s said that the stomach will never be heavy because it’s plain. The characteristic small “”marbled beef”” is invented by “”blood””, and its taste is decided by food. Pureness of blood and high culture technology are conclusive evidence of gusto of Kobe beef. “ 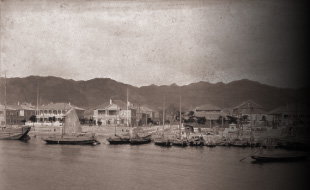 Kobe harbor was opened up in 1868, & many foreigners came in, but carnivorous culture isn’t fixed in Japan these days, & it’s said to be the first that the British who ate the Tajima cattle by which a farmer was raised for work acclaimed its taste. This was called “Kobe beef”, was exported to a foreign country & became circulated in the whole nation later.

Scene of Kobe City during the Meiji period 1868 to 1912 The streets of the old Foreign Settlement with its rows of Western-style buildings could be seen from the sea beyond Kobe port.
Kobe City Museum collection 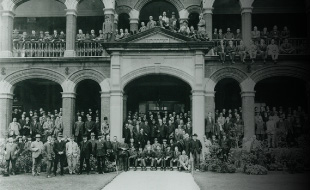 “The good taste loved by the power in those days, too. Mr.Hirobumi Ito assumed Hyogo prefectural governor simultaneously with Kobe harbor’s opening. Because Mr. Ito who had an experience of abroad studying in British had eaten Kobe beef preferably, it’s said that Kobe beef became more famous.

“Many foreign residents met socially at premises that eventually came to be called the “Kobe Club.” Kobe City Museum collection

If I don’t eat Kobe beef during my stay in Japan, there is no meaning that I went to Japan! When he visited Japan in 2009, it’s said that President OBAMA of the United States of America ordered Kobe beef intentionally. It’s said
that not only President OBAMA but also quite a few people who have come to Japan to eat genuine Kobe beef

such as the politicians in the Western countries, the people related with the Royal families and celebrities of The consomme soup from Kobe beef can only be described as “drops of gold.” 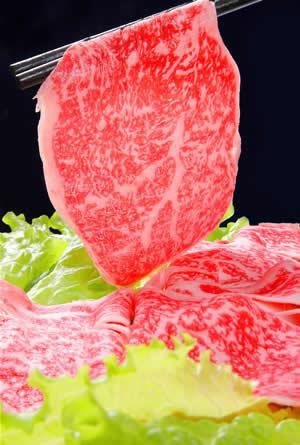 first name of a professional Basket ball player, Kobe Bryant Kobe Bean Bryant is the one from which pronunciation of “KOBE” changed into an American style koubi:. When Kobe’s father visited Japan, he ate a steak of Kobe beef & was impressed with its taste.

It’s said that he named his son as “KOBE” because of it. 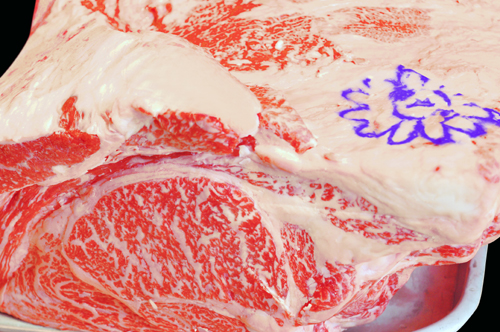